Cantine Due Palme is a Social Cooperative established in 1989. There were only 15 members in the beginning but today the Company has 1.000 growers who own between them 2.500 Ha of vineyard between the provinces of Brindisi, Lecce and Taranto.. Over this period Due Palme has merged with 4 other large wineries: ex-Produttori Agr. in Cellino, Riforma Fondiaria in Cellino (founded in 1955), Cantina Sociale Angelini in San Pietro Vernotico (1961), Cantina SanGaetano in Lizzano (1959) and Cantina Riforma Fondiaria in Monteroni Arnesano (1960). The main headquarters of the Cooperative is situated in Cellino San Marco, the beating heart of all commercial activities and vinification, and measures 45.000 square meters. The highlight of the production is the cellar. Here the finest wines are aged and stored in barrels of French and American oak, giving a total capacity of 10.000Hl of wine. The cellar overlooks the beautiful “Selvarossa” conference room with 800 sets, which houses the weekly growers’ meetings. Unique in the world because inside the cellar, it measures 1.500 square meters and is 5 meters underground. Here in 2014 a project unique in Italy called “Palmetta” has been carried out together with Simonit & Sirch Group: a pruning school consisting in the realignment of plants in the “Alberello Pugliese” vineyards. This allows the mechanical harvest and a superior quality production. Thus, the history of Cantine Due Palme becomes the story of an entire territory. 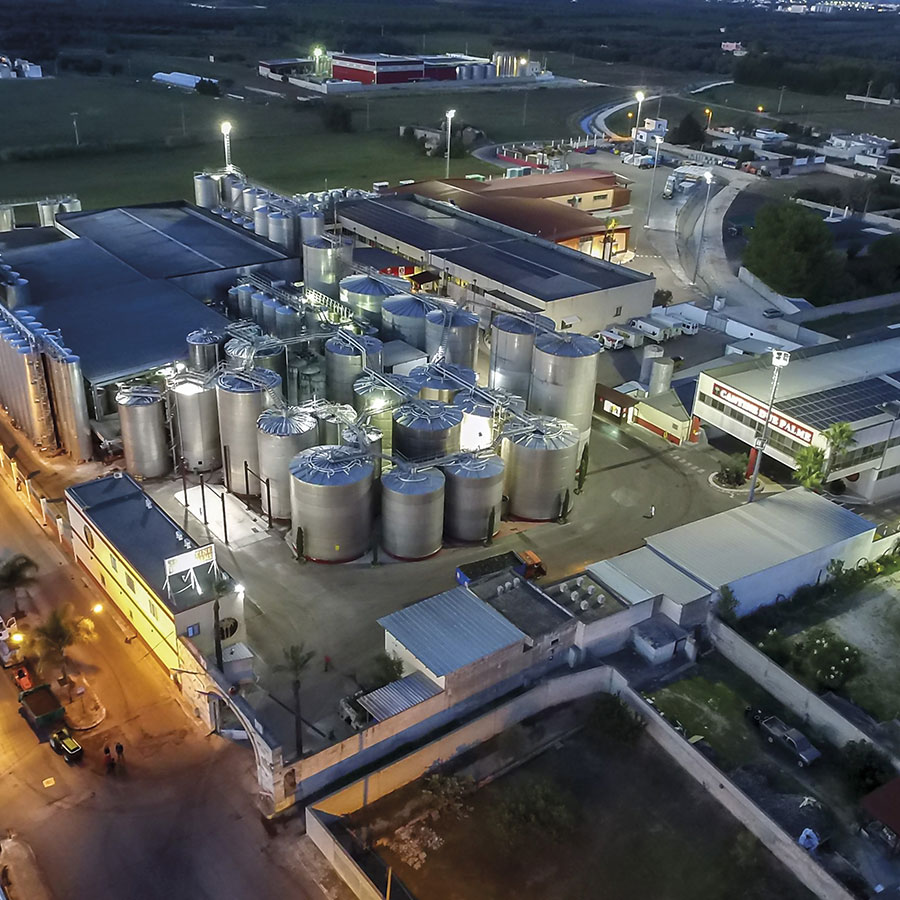